There are three guilds in the world of Elona, the Thieves' Guild, the Mages' Guild and the Fighters' Guild. To gain access to a guild you must first speak to a guild representative and complete the quest they give you. You may only be in one guild at a time. Each guild headquarters has all the standard NPCs (e.g. healer, salesman, trainer, etc) and will be safe from guards while inside.

If you gain entrance to a guild without permission (e.g. teleporting the watchman away), you may use a scroll of incognito or a disguise kit to reset the status of the guild to neutral. Even after expiry you will be able to use guild service as if you were a member, excluding quests, the Thieves' Guild fence and reserving spellbooks in Mage's Guild. If you're using incognito, don't Save & Exit inside a guild after incognito expires or the guild NPCs will be hostile the next time you play.

You can change guilds at any time you want, simply by completing the recruitment test for another guild. Switching guilds deletes all progress in guild quests and nullifies rank.

Info on different guilds can be found here:

When PC enters guild hall with a rank of journeyman or higher, there is a low chance the guild may come under attack from other rival guilds.

Normally, the guild will be attacked by one of the two rival guilds. There is a small possibility however for two guilds to attack at once. The guilds in that case will engage in a free for all.

Higher guild rank of the PC will result in more invaders showing up. Also, if your guild rank is above a certain rank guild master will join in the battle.

Leaving the map will end the attack and lower the PC's guild rank.

If current guild rank is above official member, guild trainer will be able to upgrade pets actions

However, you cannot increase available actions and upgrade unrelated actions.

In addition, if pet's actions are upgraded you will no longer be able to command how character specific actions shall be used.

If you have joined the fighters guild, a guild member can be borrowed

Talk to <Doria> the fighter watchman and select "I want to borrow a member." An NPC from fighters guild will travel with you for certain period of time for free.

Strength and name of members borrowed depends on current guild rank of the PC.

Character level of members increases the lower on the list you go.

When currently part of one of the guilds with a guild rank of journeyman or above, PC can receive special quests directly from the guild master.

After accepting the request, you can check its details from the journal.

Deliver a set amount of particular remains of a specified monster.

When chosen, he will select a different monster and remains to be delivered.

However, doing so increases the number of items to be delivered.

Deliver a set amount of specified weapon with a particular enchantment attached.

She will repair an equipped evil weapon into a hero weapon.

This will only be done on evil weapons at level 16 or greater.

Deliver a set amount of particular jewels with a specific name modifier.

Can now change guild interiors using a house board

If guild rank is journeyman or higher, you can use (t) the house board to redesign guild hall.

See the page of Guilds (mobile). 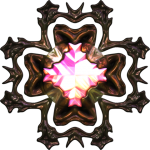